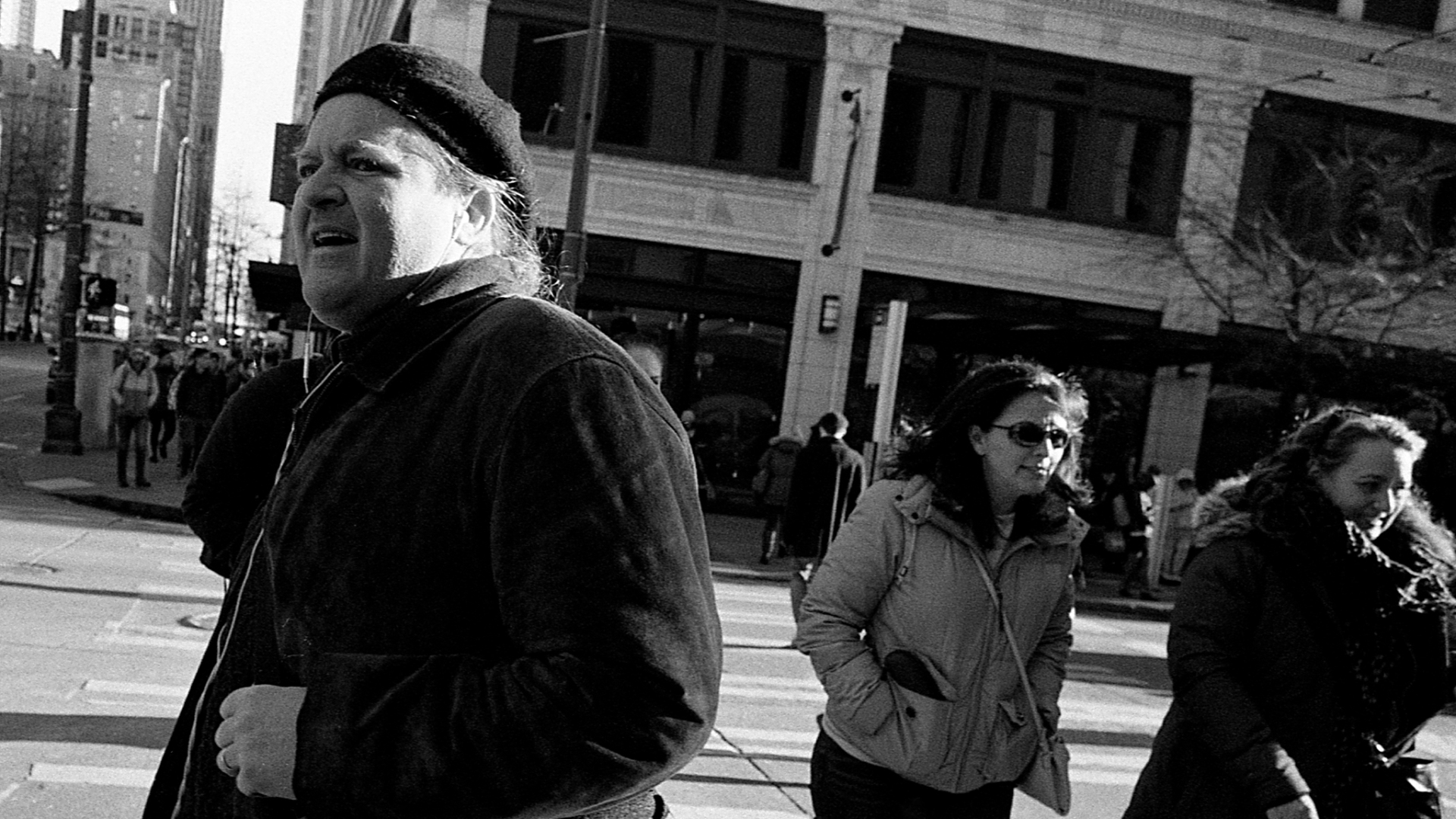 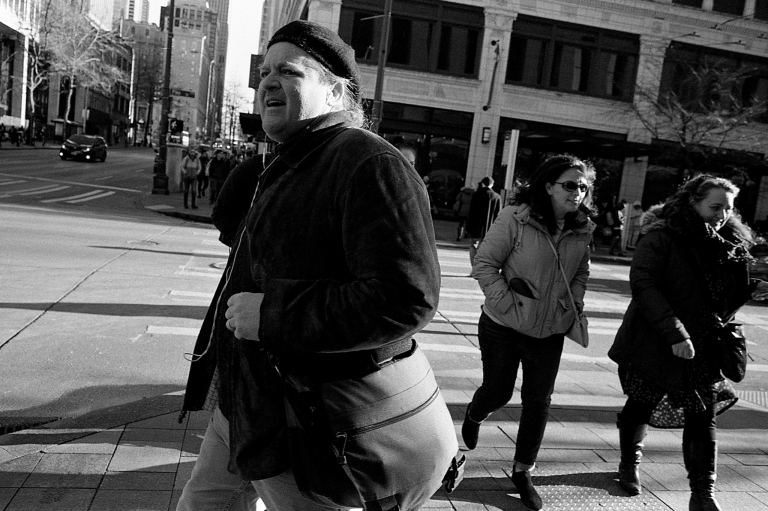 One of my mentors is Paul Strand. He was born in 1890 and died in 1976. This is how Paul Strand approached Street Photography. ‘For a long time, Strand had wanted to make “portraits of people such as you see in the New York parks and places, sitting around, without their being conscious of being photographed. … I felt that one could get a quality of being through the fact that the person did not know he was being photographed … [and I wanted to capture] these people within an environment which they themselves had chosen to be in, or were in any way.” ‘ That is what I hope to achieve when I shoot the streets. Voigtlander R4M and Voigtlander 25F4 lens. The film was Ilford HP5+.