I have not done very much street photography in the past month. I had ordered and received a new film, Rollei RPX 400, and this last weekend I went downtown and shot it. The light was harsh, but the film handled it well.  I met a street artist, Paul Kuniholm, who was working on a building in the South Lake Union district of Seattle. I used the Nikon FM2 and the Voigtlander 40F2 Lens. I developed the film in HC-110 for 6 minutes at 20C. I did not presoak the film. I used distilled water for a stop bath and TF5 for my fixer. 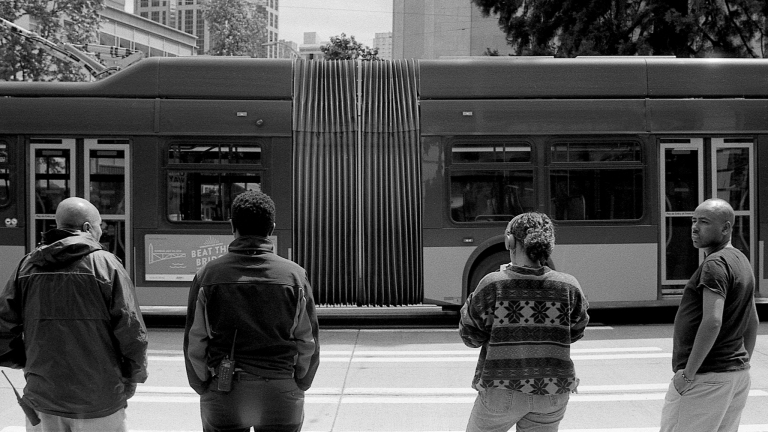 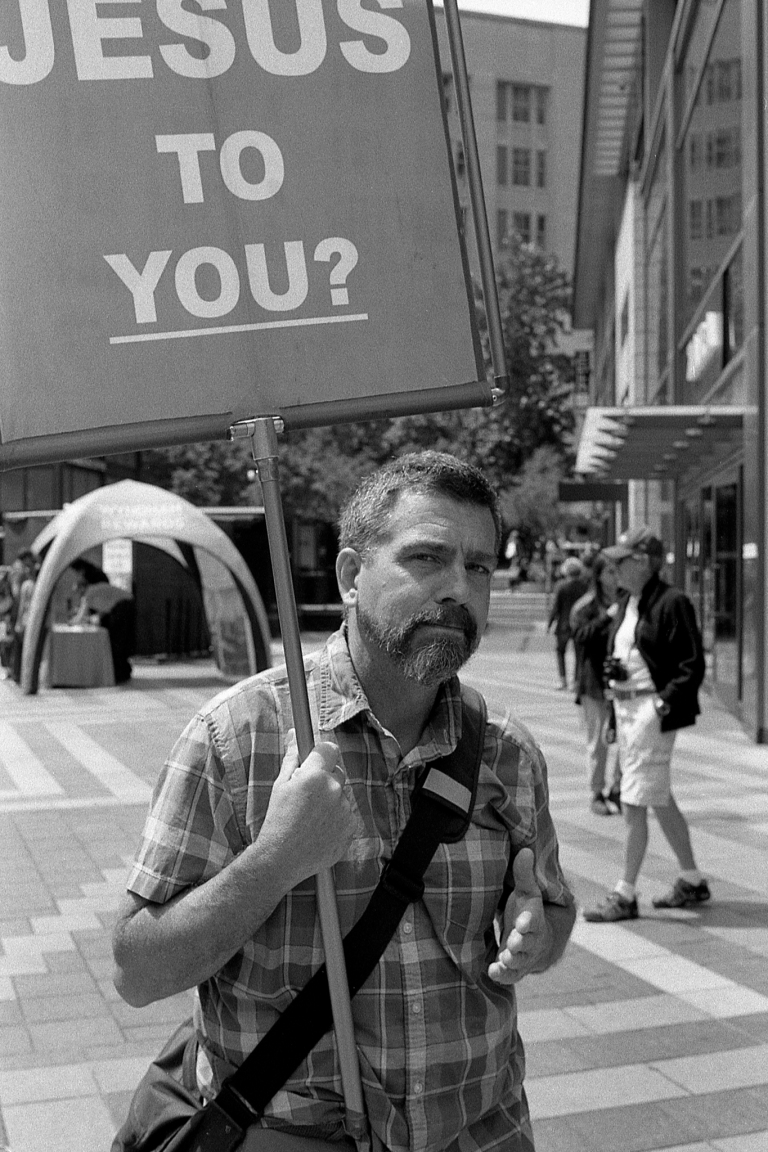 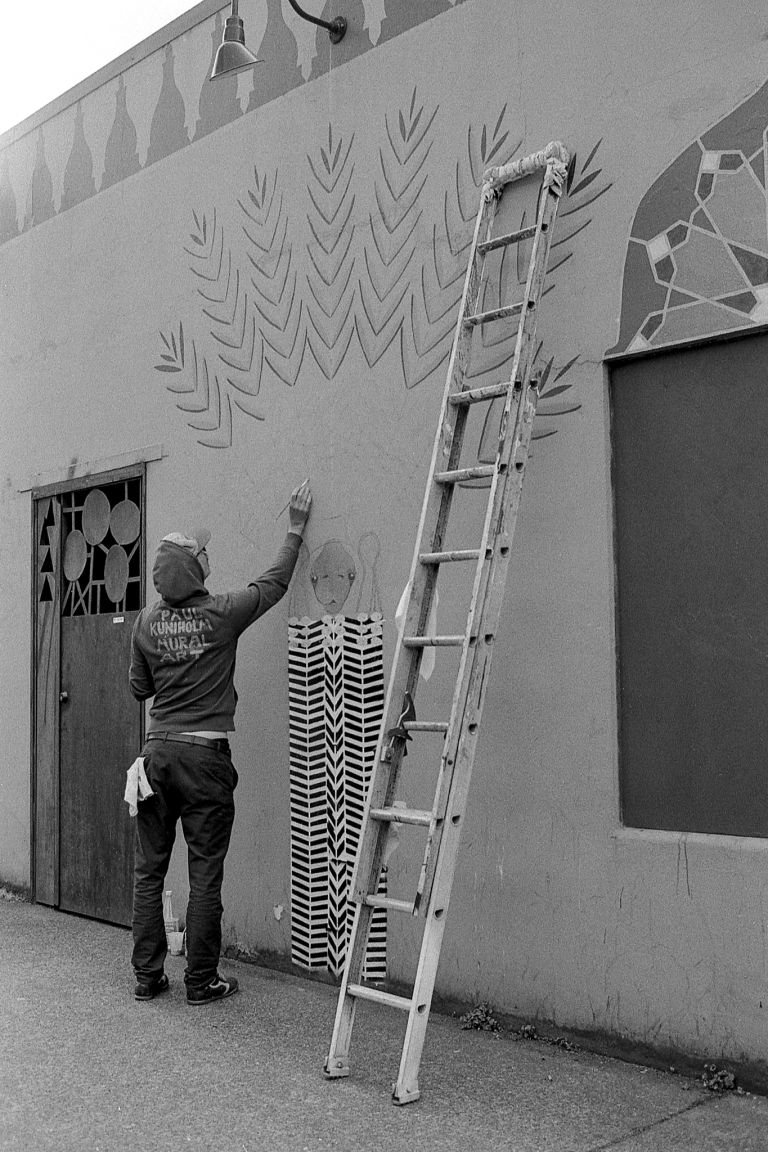