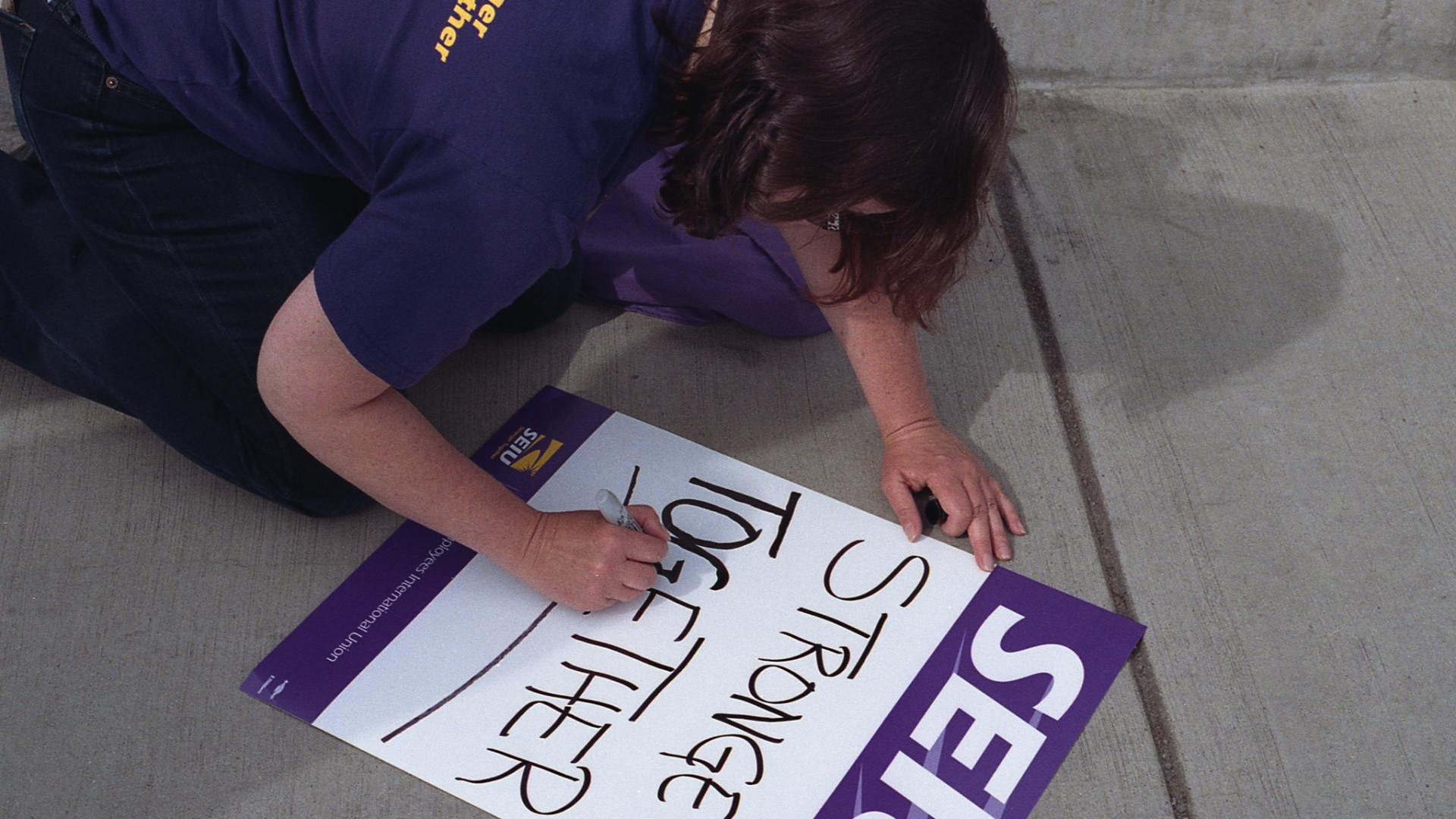 Unions have always been involved in political issues in influencing their role in society. This has always been considered political speech. But are the direct contract negotiations with the government also political speech? Yes, says the Supreme Court on June 27, 2018, and since it is political speech it falls under the First Amendment. With that decision, anyone has a First Amendment right to refuse to pay union dues where it has been mandatory in the past. SEIU 925 is the union that negotiates for the employees at the University of Washington. On June 27 they voiced their reaction to the decision. These images were shot on Kodak ColorPlus 200 film with the Nikon FM2 and Nikkor 50mm F2 Lens. Developed at Panda Lab in Seattle. 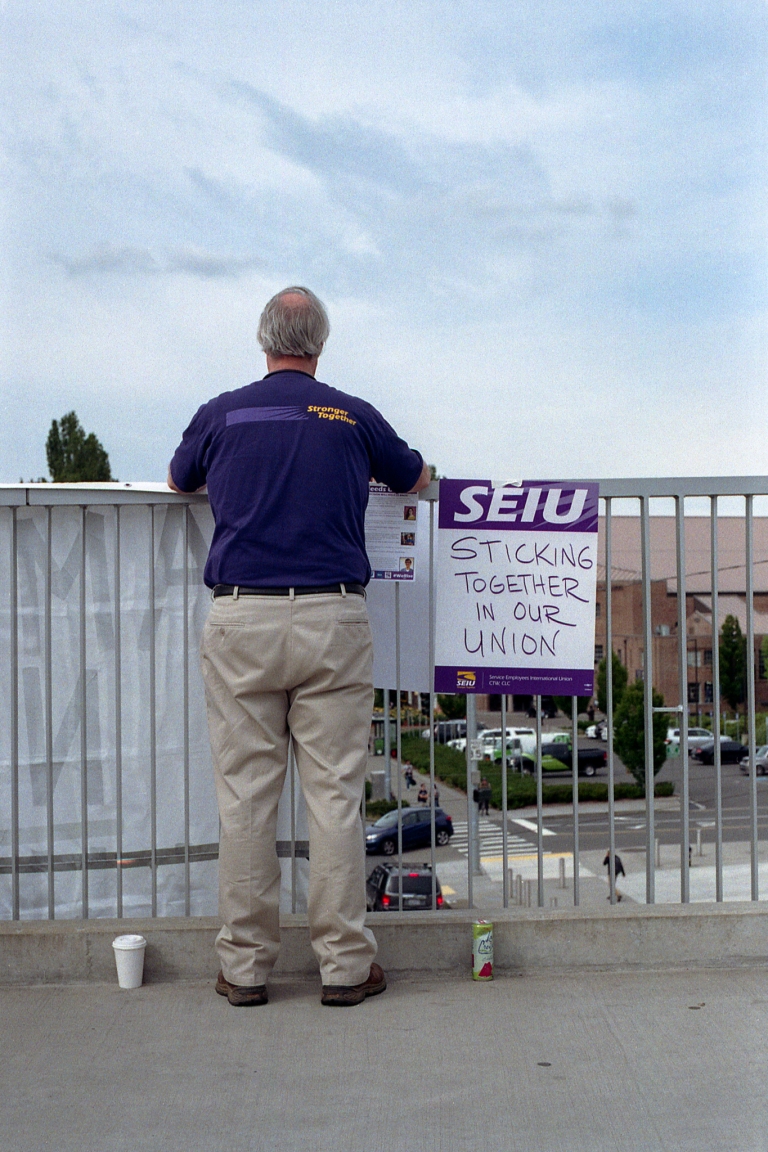