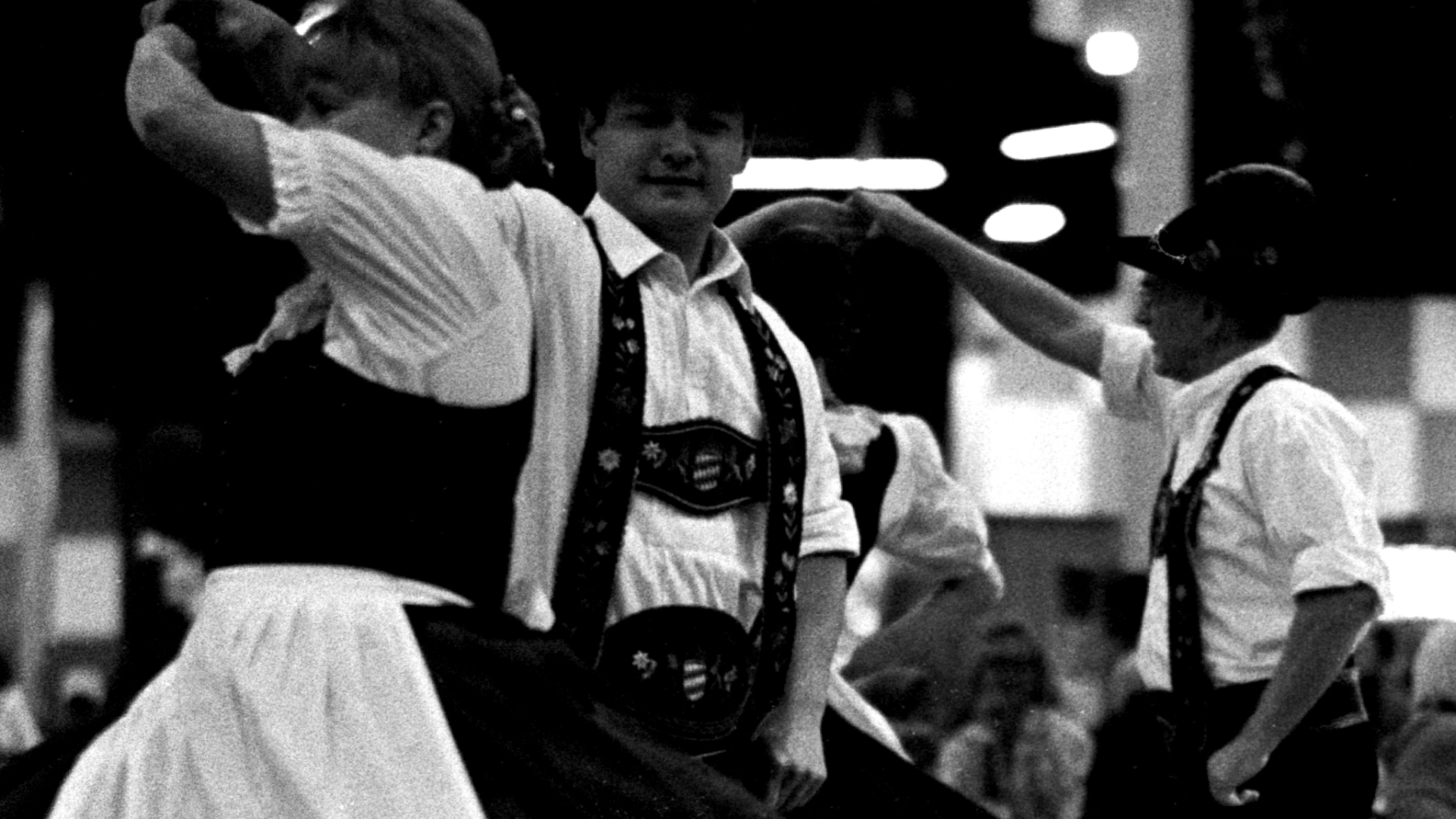 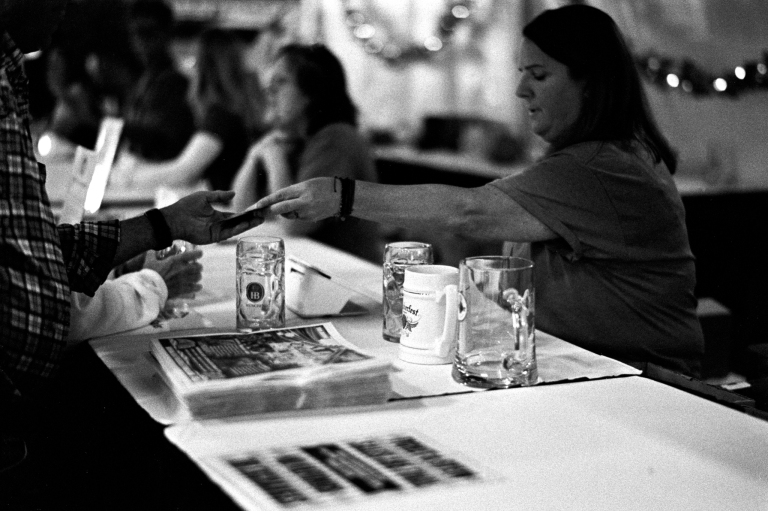 I have always wanted the lens. It was released in 2013 but was priced out of my reach.  In late September Nikon sent an email about some refurbished items for sale and the lens was on the list. It was still expensive, but I decided to purchase it anyway. I knew upon arrival it was a lens I would need to learn how to use. Many people who have bought the lens did not like it at first but after a while, they have come to love it. It is not a perfect lens, it is a lens that has character and does well in portrait situations. 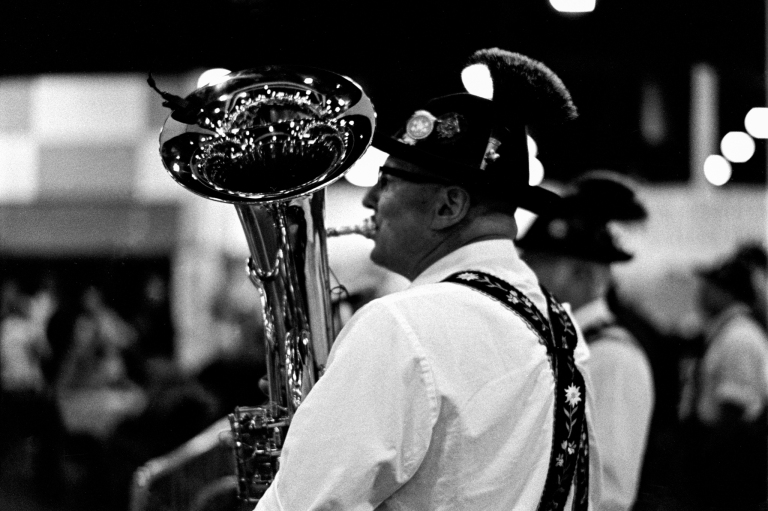 My first test of the lens came at an Oktoberfest event at the Puyallup Fairgrounds. The event was to be indoors. When I arrived I saw that the lighting was uneven and some areas very dark. I had my Nikon F100, loaded with Kodak 400TX, with the 58mm lens attached. I decided to push it 2 stops to 1600. I used the autofocus on some shots and on others I manually focused the lens. I am primarily a manual focus person but the focus ring on the ‘g’ lens is not that firm. Most of the images were shot wide open or nearly so. 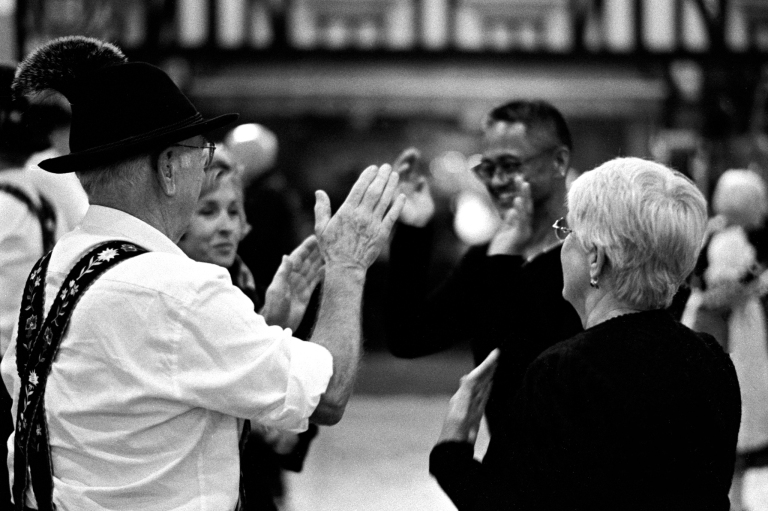 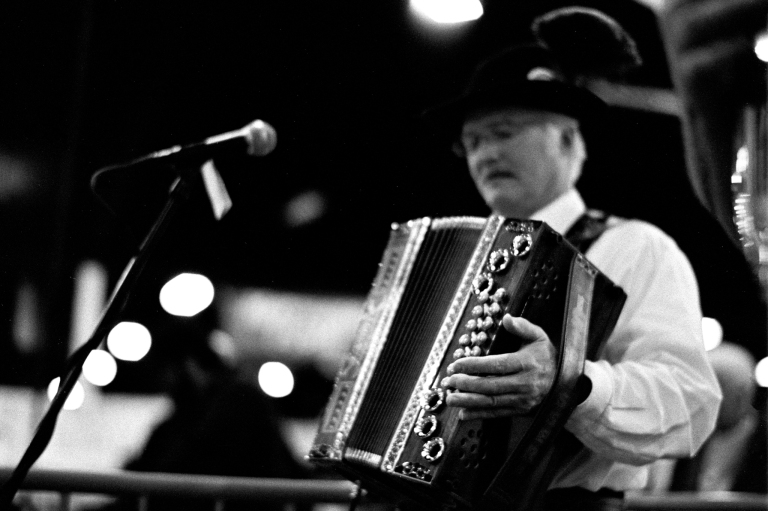 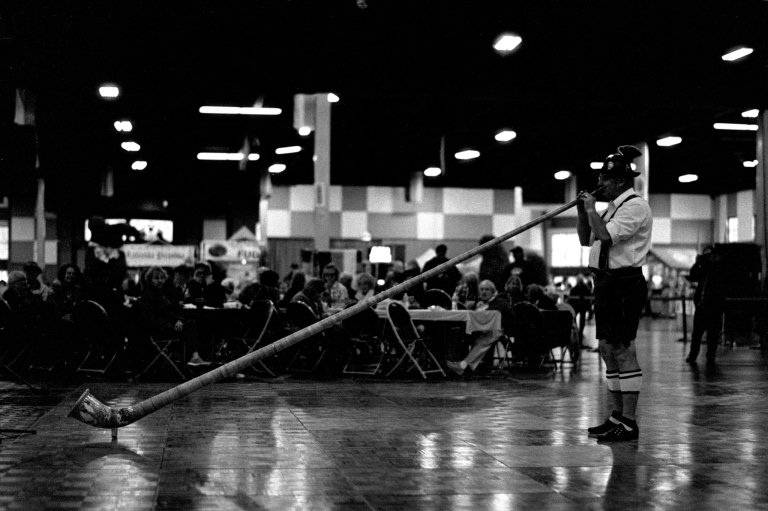 During the day and into the early evening children were allowed. They had arts and crafts and other activities for them 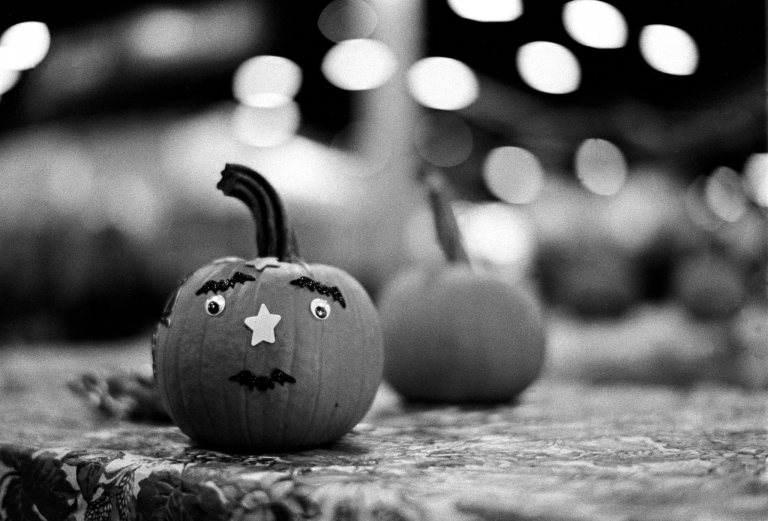 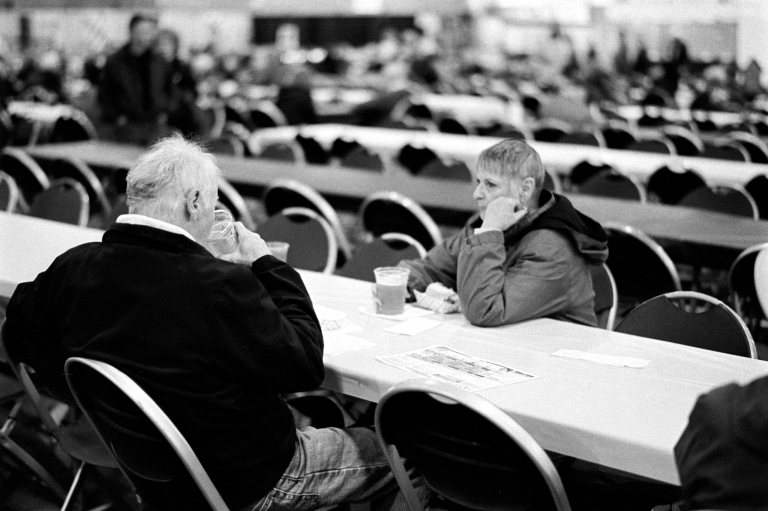