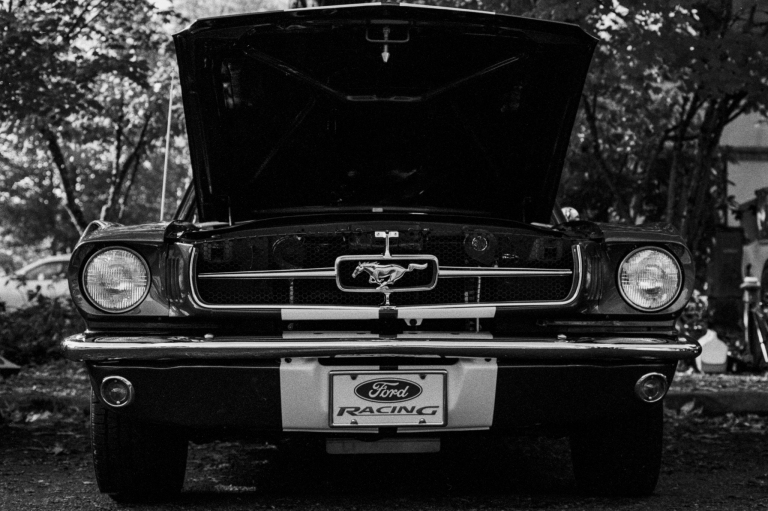 It had rained the day before. I was hoping for at least cloudy skies. I was going to a Mustang event in Lacey, Washington at 9AM. I wanted to use color to show off the cars. I had one roll of Cinestill 800 left and I felt it would be perfect for a low light colorful venue. Instead, I woke to sunny skies and very contrasty light. I did not have any Portra 400. I did have Portra 160 but was not sure it would provide enough depth of field or shutter speed if I needed it. I would need to use black and white film. I did have a roll of JCH Street Pan 400. I had never used the film and had only one roll that I had purchased months ago. I might as well use it. I do not much care about cars anyway. I will just present them in black and white and be done with it.

I noted at the event that there are primarily 3 companies that you can go to buy your Mustang. You can buy it at a Ford dealership or you can buy it directly new at Rousch or Shelby and buy the new car with their customized performance packages included. 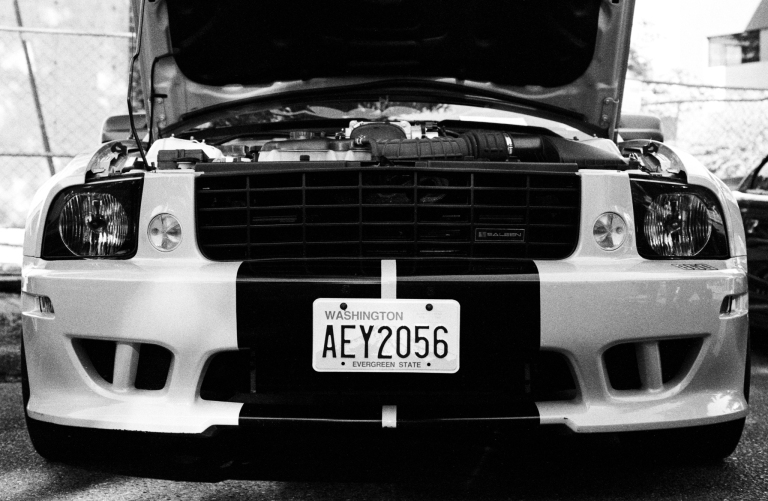