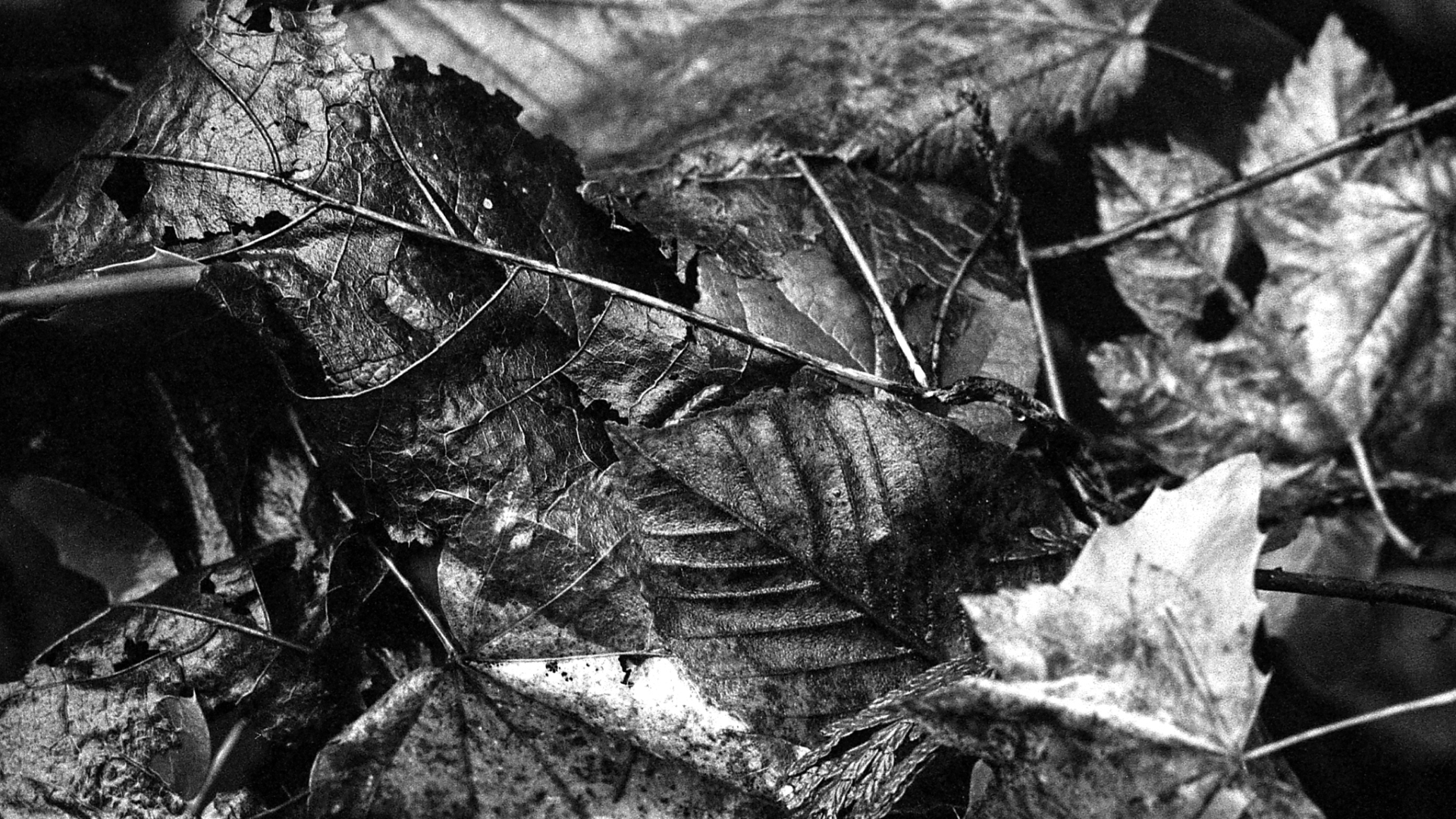 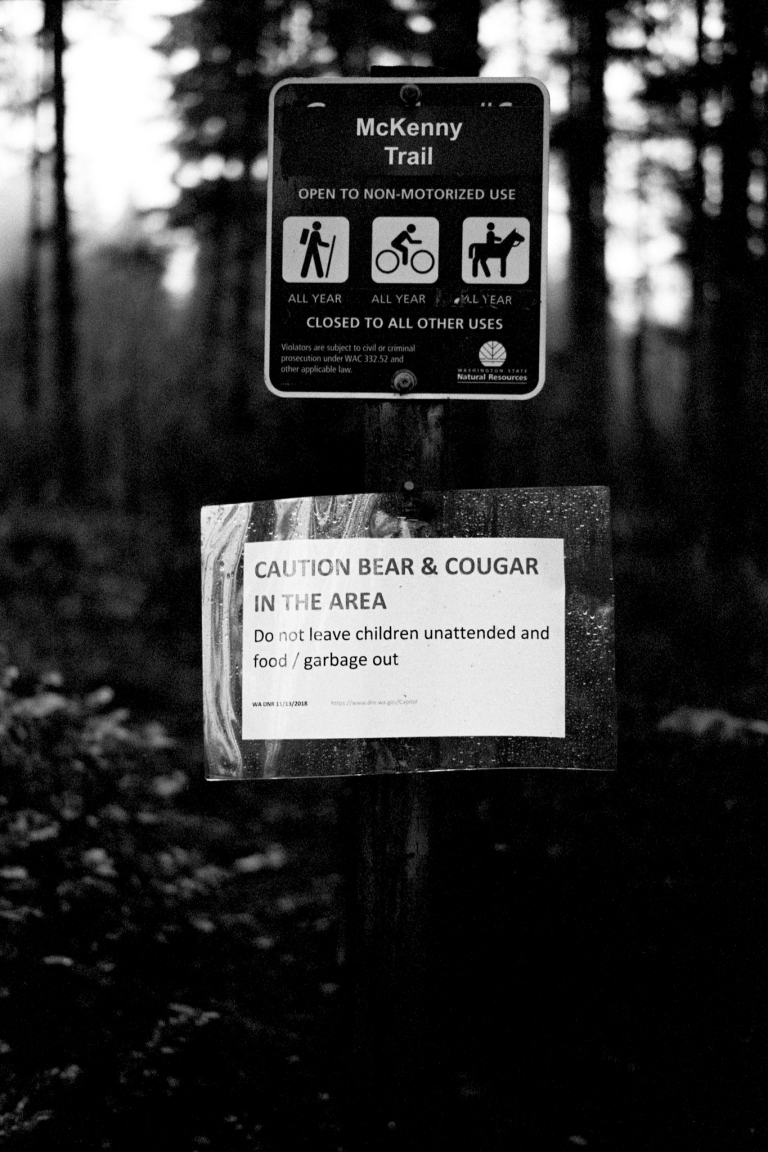 The temperature was in the low 40’s. Light rain was falling. The trail was muddy. It was paradise. I had my Nikon F100 with me and the Nikon 50mm 1.8g lens attached. The camera was loaded with Kodak 400TX and because it was so dark I pushed the film 2 stops. There was no wind, just the sound of rain and of water dripping off the trees. The trail goes parallel at times with Waddell Creek and crosses it at one point. I saw only two people on the trail, a cyclist and a man walking his 2 dogs. I did not see a cougar or a bear but at times I did look over my shoulder. The only downside of the hike was the knowledge that the mud I was walking in had lots of horse manure mixed in. I developed the film the next morning in HC-110(1:31) for 6 minutes @20C. 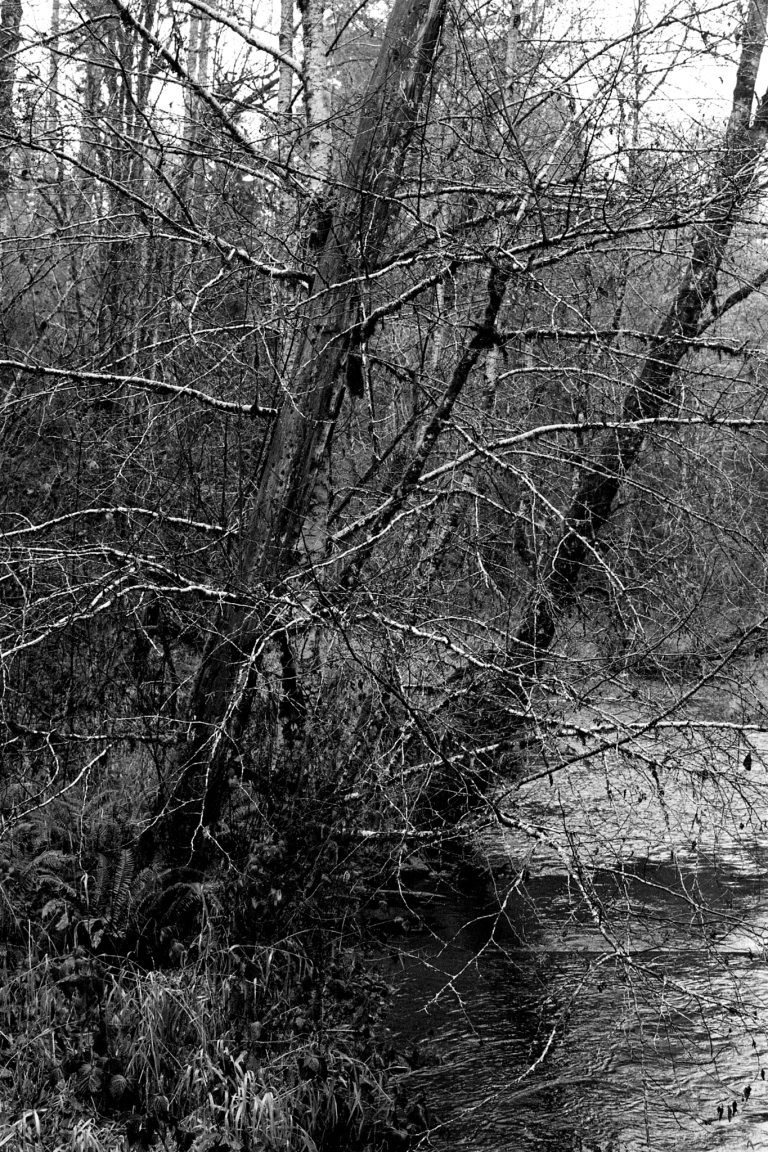 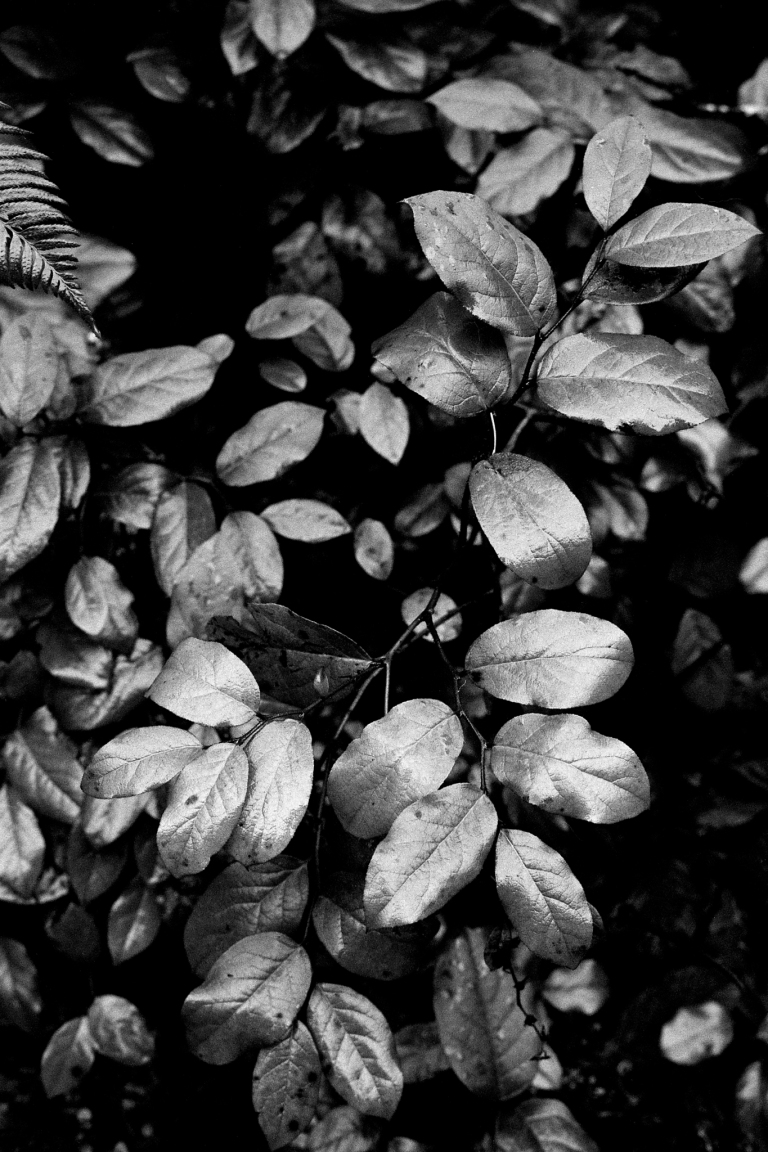