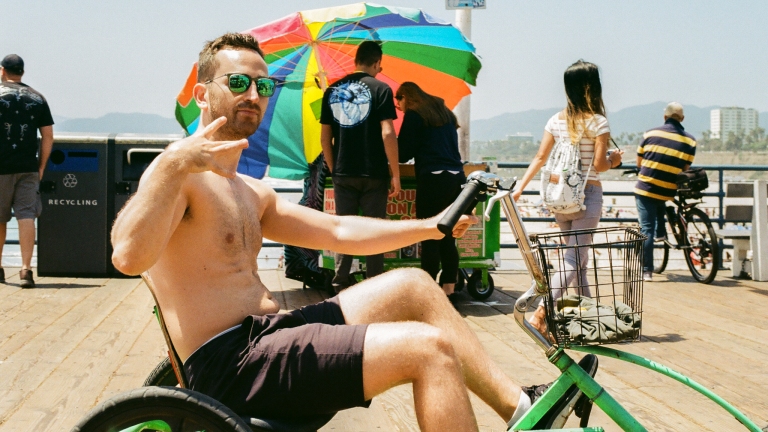 A few years ago, I saw a documentary on Harry Benson entitled Shoot First. He was a proponent of getting the image first and dealing with any problems with the shot afterward. Most of the time everything is fine. In the image above, I saw the young man coming from my left and got low to get the shot. He then turned toward me and saw the camera in his face. He was fine with it. The next image just below was a different story. I was walking from the airport down Vanowen Street in Los Angeles. My son was on his way to pick me up. I saw this man on his bike riding against traffic. I wanted his image. I got my camera up and click! He was angry! “Why did you take my picture”! He got off the bike and we were face to face. A crowd gathered around us. I kept quiet. He kept yelling. He was high on something and I was waiting for the punch. At that moment my son pulls up in his new black Chevy Tahoe. He is big, 6’3” and weighs about 240lbs. He asked the guy, “What are you doing, that’s my Pop”! The guy gets on his bike and takes off fast. His food and other stuff fall off the bike and he disappears into the distance. The crowd is laughing, and I am lucky. 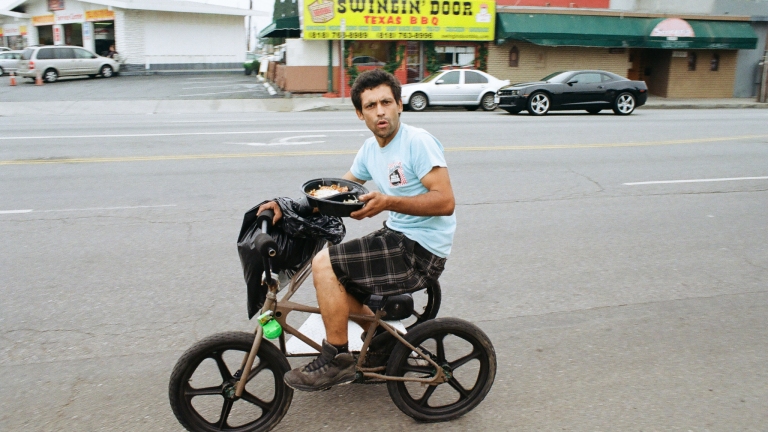 The last 2 shots I took before the above incident. I saw a salvage yard and took an image from the sidewalk. I do not go on private property when taking images of people. The man saw me and came out and asked that I take his picture. Shoot first, most of the time you will be fine, but make sure you have life insurance just in case. 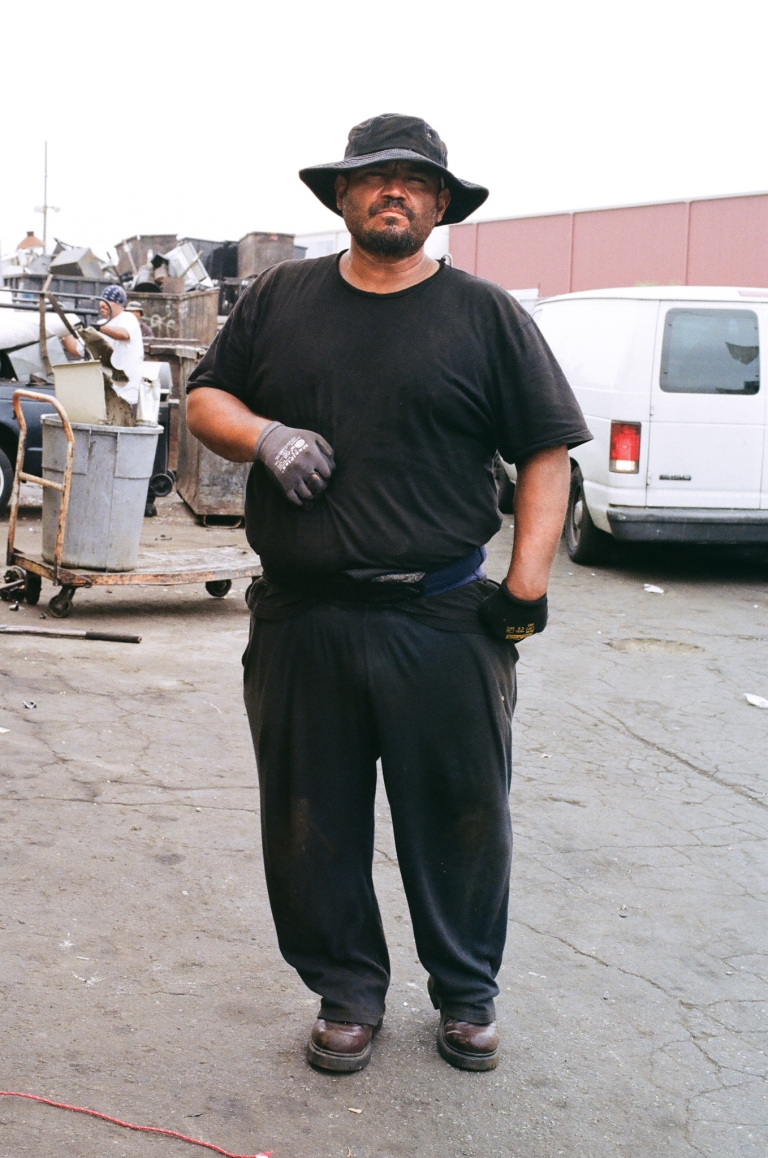 The images were shot with the Nikon N75 and 50mm 1.8g lens. The film was Kodak Colorplus 200 and the film was developed by The Darkroom in southern California.