I bought a new camera last week. I needed a companion for my Nikon FM2 and found it in a Nikomat El. I took it out last Sunday downtown to the Pride Parade along with a roll of Rollei RPX 100 and Kodak 400TX film. The camera has a meter coupling pin that fits into the slotted prong of the lens, in this case, my Nikon 50mm F2 lens. The display in the viewfinder is how you meter the camera. The camera has aperture priority or manual mode. To get an accurate exposure you move the green line with either your aperture or shutter speed to line up with the black line. 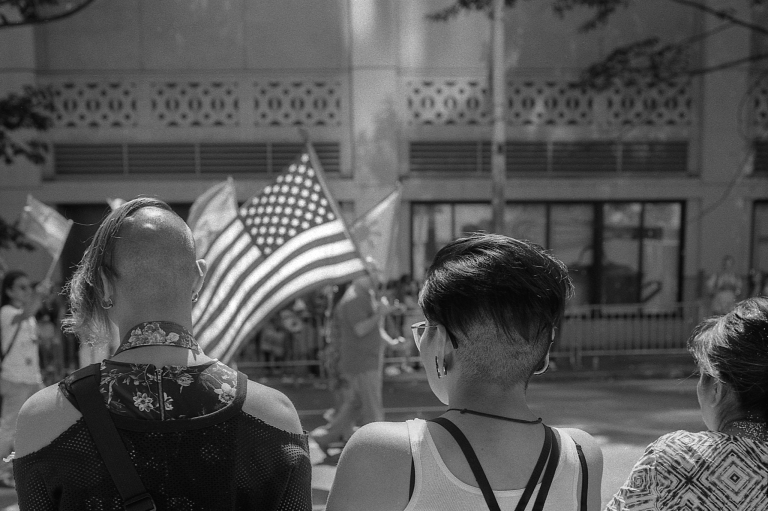 The first 3 images were shot on Rollei RPX 100. Normally you want to shoot a faster film under these conditions but I wanted to see if I could focus the camera effectively at larger apertures. I developed the film in HC-110(B) for 9 minutes @20C. I agitated the film for the first 30 seconds then I inverted the film 1 time every 30 seconds thereafter. The next 2 images and the Title image were shot with 400TX which I developed in HC-110(B) for 6 minutes @20C.

2 Replies to “Seattle Pride and my new camera.”