I found the cemetery but it was not easy. McLane Cemetery, also known as Mud Bay Cemetery, was used primarily from the 1860s till around 1910. The cemetery is hidden in a dense forest where private and public land meet. I hiked into the area last Thursday but could not find safe access without going through private property. I decided to walk past a few homes and up a dirt road where I thought it might be. Three dogs came out of one of the yards and ran toward me barking. I have been bitten a few times in my life and did not want to repeat the experience. I decided to just stop, show no hostile body language, and hope for the best. They were confused and after a few minutes got tired and went away. I walked past another house and saw a man in the yard looking at me. I stopped again. He came up and asked what I was doing. I told him of my quest for the cemetery. He told me the cemetery was on private land and so was I. I agreed with him on both counts. He then said He would show me personally as it was difficult to find. And he was right. My maps had a general area where it was but were not accurate. My research told me the cemetery was in bad shape, vandalized, graves opened up, and markers missing. All that was true. There are very few records that give any detail of the lives of the people buried here. He left me there to photograph the area.

John and Sarah are from Illinois. They came via the Oregon Trail in 1853. He was a brick mason and a farmer. 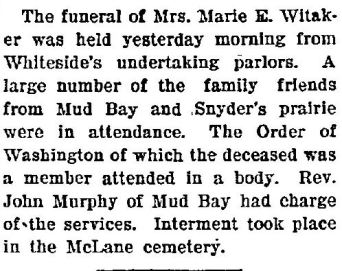 That is all I could find about Maria. 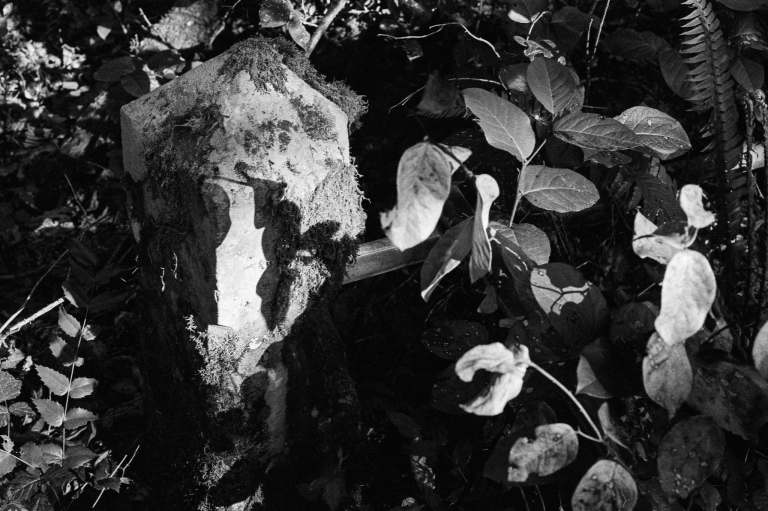 Joseph Visocnik died in 1938. It is not believed that he is buried here and that this is a Cenotaph, a monument to someone buried elsewhere. His marker was in the best shape. I checked the cemetery where he is supposed to be buried, Enumclaw Evergreen Memorial Park, and found his name in their records. Sec-04 Blk-96 Lot-7